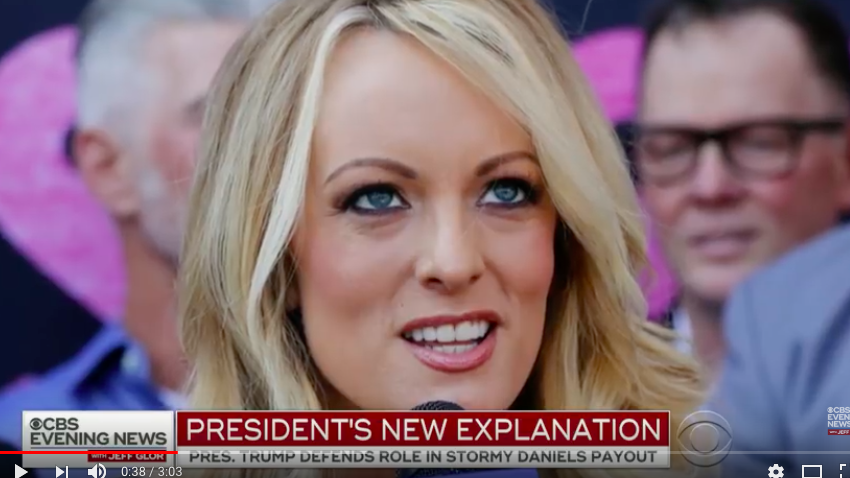 Late-night hosts had a field day thanks to adult-film star Stormy Daniels’ memoir “Full Disclosure,” in which she describes President Trump’s genitals.

In the memoir, due Oct. 2, Daniels explains her claim that she slept with President Donald Trump in 2006, why she decided to sign a $130,000 hush agreement in the days preceding Trump’s 2016 election and why she later decided to go public with her story.

The detail that had Jimmy Kimmel and other others laughing the most, however, was Daniels’ comment that Trump’s genitals look like the mushroom-shaped video game character Toad from Mario Kart. “And just like that, I will not eat a mushroom or play a video game ever again,” the “Jimmy Kimmel Live” host joked during Tuesday’s episode.

He added, “She describes Trump’s penis as smaller than average but admitted she was impressed it had his name embossed in gold on it.” Meanwhile, Jimmy Fallon also joked about the description of “Trump’s Tower,” saying “(that) explains why every book comes with a bottle of Pepto-Bismol and a straw.” More in USAToday.com

Published in Entertainment, People and Politics