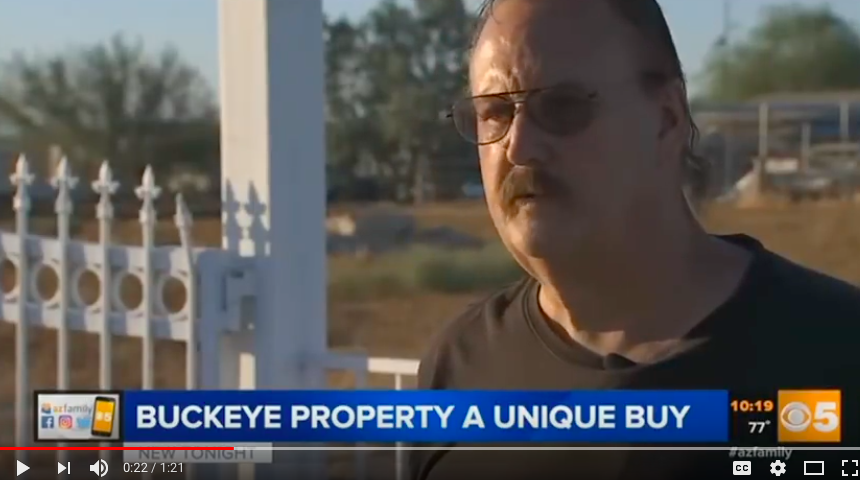 John Edmons, an American man has put his $5 million ranch on the property market claiming that he and his wife want to up sticks and move far away from the place because they are sick of the regular visitations they receive from aggressive extra-terrestrial beings.

He claims that ever since he and his wife Joyce moved into the 9.67-acre horse ranch in the Rainbow Valley of Arizona in 1995, they have been the victims of numerous attacks from extra-terrestrials with sinister intentions. He claims that during his time living in the house he has been forced into life-or-death battles with the alien creatures.

He says that one particularly bloody battle occurred after the aliens attempted to abduct his wife from her bed. “They actually levitated her out of the bed in the master chamber and carried her into the parking lot and tried to draw her up into the craft, ” he told journalists. He claims that this particular incident prompted a furious battle between himself and the aliens which resulted in him killing nineteen of them with a samurai sword.

John said this was the aftermath of the ‘grey’ he claims to have killed in an ‘attack’ outside his carport door. On his Facebook page, Edmonds regularly updates his followers with stories of the bizarre alien activity centered on his ranch including images of the wounds he claims to have incurred when battling against the grey aliens. ”Wounds from recent attack here at Stardust Ranch upper right calf from battle with malevolent ET, “he wrote in the photo caption to a grisly image, adding “This is why I want to move!” (Click here for full story: Perfectedition.com)