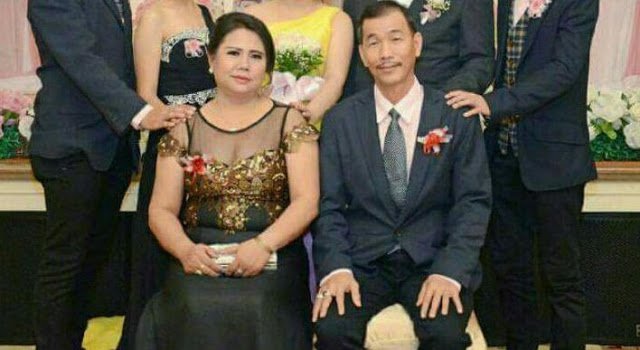 Interfaith and human rights groups gathered in Jakarta, Indonesia, this past week to show their support for Meiliana, an Indonesian Buddhist who was sentenced to 18 months prison in August for complaining about the volume of the call to prayer in the town of Tanjung Balai, North Sumatra.

The case has again brought the Muslim-majority country’s controversial blasphemy laws to the fore, with religious minority groups concerned it signals further erosion of their rights amid rising Islamic conservatism.

In a declaration, the groups called for the release of Meiliana, saying she was “recently imprisoned for expressing her personal opinion peacefully.” The statement was signed by Amnesty International, leading bodies representing Christian, Hindu and Confucian Indonesians, and the Alliance of Independent Journalists Indonesia.

“Even if you look at the fundamental principles of the law, this is not blasphemy,” said Rumadi Ahmad, a religious scholar and a senior member of Indonesia’s largest Muslim organization, Nahdlatul Ulama, who was used as an expert witness in the case. “But many judges do not have a comprehensive understanding of the meaning of blasphemy.”

Blasphemy has technically been illegal in Indonesia since 1965, when it was made a crime to criticize, be hostile to or adhere to “deviant” interpretations of one of the nation’s six official religions: Islam, Christianity, Catholicism, Confucianism, Buddhism and Hinduism. Its use, however, has risen exponentially during Indonesia’s democratic era — particularly since the presidency of Susilo Bambang Yudhoyono, who was elected in 2004. He served for 10 years.

Amnesty says at least 106 people were sentenced under blasphemy charges between 2005 and 2014. Prosecutions have disproportionately targeted minorities — particularly the Shia and Ahmadiyya communities that are considered “deviant” by the Sunni Muslim majority. Click here for full article VOA.com

Published in Diaspora and Politics