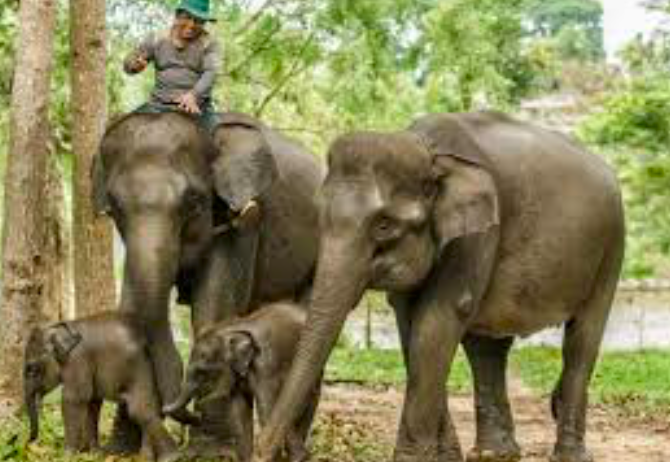 A train transporting oil in eastern Sri Lanka hit and killed two baby elephants and their pregnant mother on Tuesday, police said, the second jumbo tragedy in a month. The three elephants, part of a larger herd, were crossing the railway track at dawn in jungle near Habarana, 180 kilometres (110 miles) northeast of Colombo, when they were hit.

The train was derailed and several tankers began spilling fuel, police said, adding that they set up a cordon to prevent villagers trying to salvage the oil. “It is a very hazardous accident scene. We have pushed back many people who tried to collect the spilling oil,” a police officer in the area told AFP by telephone.

Tuesday’s accident came three weeks after seven elephants drowned in a swamp in the same district. Six of the seven victims were below the age of 12.

Sri Lanka considers elephants a national treasure and they are protected by law. However, human-elephant conflicts near wildlife sanctuaries have led to the death of 375 people in the past five years, according to official figures. Enraged villagers have also retaliated by slaughtering nearly 1,200 of the beasts. The Sri Lankan elephant population in the wild is estimated at 7,500. (Jakartapost.com)