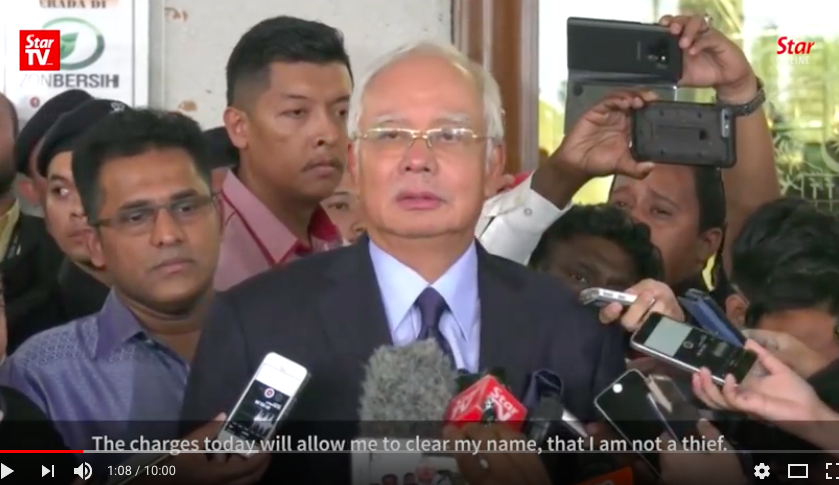 Former Malaysian Prime Minister Najib Razak was arrested on Wednesday over allegations that hundreds of millions of dollars linked to a state investment fund ended up in his personal bank accounts, according to officials.

As quoted by Aljazeera, Malaysia’s anti-corruption agency said Najib was arrested at its office on Wednesday and will be taken to court on Thursday to face charges.

In a statement, the Malaysian Anti-Corruption Commission said it had arrested Najib as part of investigations into the 1MDB state investment fund and “the entry of 2.6 billion ringgit ($628m) into his personal account.” Najib had previously been charged with multiple counts of criminal breach of trust, corruption and money laundering over the scandal at the 1MDB state fund. He has pleaded not guilty to all charges and has consistently denied wrongdoing.

Those charges involve the transfer of 42 million ringgit ($10.3m) into his bank accounts from SRC International, a former unit of the 1MDB fund that international investigators say was looted of billions by Najib’s associates.

Najib set up 1MDB when he took power in 2009 for the stated purpose of promoting economic development, but the fund amassed billions in debts and is being investigated in the US and several other countries for alleged cross-border embezzlement and money laundering.

Public anger led to the defeat of Najib’s long-ruling coalition in May 9 elections and ushered in the first change of power since Malaysia gained independence from Britain in 1957.

The new government reopened the investigations stifled under Najib’s rule and barred him and his wife from leaving the country. Police also seized jewelry and valuables valued at more than 1.1bn ringgit ($270.2m) from properties linked to Najib.

Published in Economy and Politics