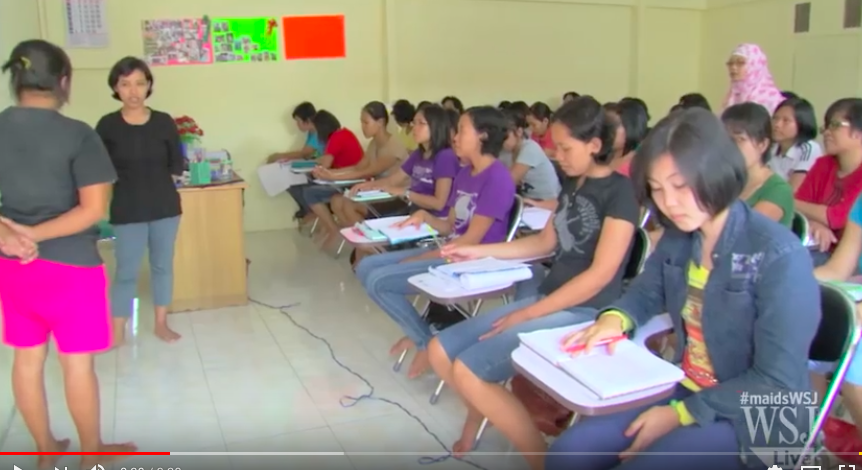 Online ads in Singapore offering Indonesian maids for sale were condemned as “unjust and demeaning”, in a rare flare-up of tensions between the neighbours over domestic helpers.

The South China Morning Post  wrote that the adverts under the username “maid.recruitment” reportedly offered the services of several helpers from Indonesia, while some ads indicated maids had been “sold”. The posts on the e-commerce site, which operates in several Asian countries and describes itself as “a simple way to sell the clutter in your life”, have now been removed.

Wahyu Susilo, executive director of Indonesian NGO Migrant Care, said the group “strongly condemned” the adverts and called for those behind them to be brought to justice. “This is very unjust and demeaning to the migrant workers’ dignity,” he said.

Singapore’s labour ministry said it was aware of cases where maids were being “marketed inappropriately” on Singapore-headquartered Carousell, and had got the adverts taken down and launched an investigation.

“Advertising (foreign domestic workers) like commodities is unacceptable and an offence” under local laws, a statement from the ministry said. Employment agencies found guilty of such practices will have their licences revoked or suspended, it said.

While Indonesia regularly protests about abuse and exploitation of helpers in Malaysia and parts of the Middle East, complaints about treatment of maids in tightly-regulated Singapore are less common. However reports that Indonesian helpers were being offered for sale in the Singapore on online marketplace Carousell quickly drew condemnation from rights groups. Singapore is home to almost 250,000 maids, mostly from poor parts of Indonesia or the Philippines, who head there to earn higher salaries than they can back home. (The South China Morning Post)

Published in Diaspora and Economy