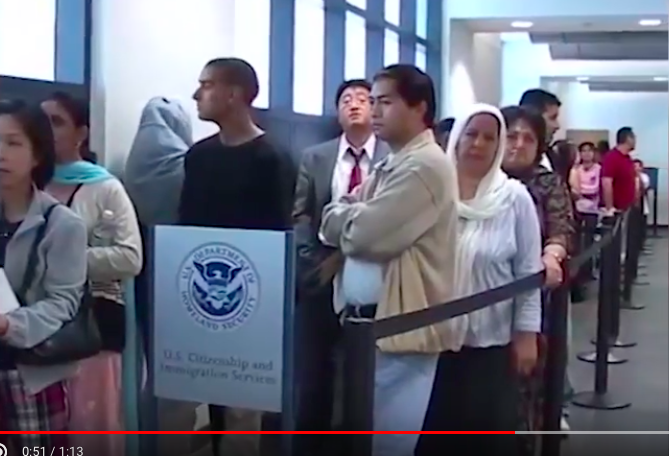 The Trump administration is proposing a new regulation that would make it extremely difficult for many immigrants to come to the US or receive green cards if they’re deemed likely to use public benefits like food stamps or Medicaid.

According to Vox.com, the draft regulation — which was unveiled by the Department of Homeland Security Saturday night and is expected to be formally published in the Federal Register for public comment on Monday — would overhaul how the government evaluates whether a would-be immigrant is “not likely to be a public charge” (a requirement of many visa categories and green card applications).

The current “public charge” definition is so narrow that the government almost never rejects applications on those grounds. The Trump administration’s proposed new definition, on the other hand, would require a far-ranging inventory of an immigrant’s history and economic prospects. It would give enormous discretion to US Citizenship and Immigration Services (USCIS) officers to reject an immigrant’s application for admission, or for a green card, because the officer feels the immigrant doesn’t make enough money to support a large family or doesn’t have the resources to provide health care for a preexisting condition.

The proposal breaks down benefits into two different categories: benefits that “can be monetized” (i.e., that have a dollar value attached to them), and those that can’t.

There are three tests, based on these categories, to reach the threshold for reliance on public benefits in a way that could all but disqualify an immigrant from a visa or green card:

Flunking one of these tests is a “strongly weighted negative factor” that will generally lead to someone getting labeled a “public charge” and denied. (And an immigrant could help her case by showing she won’t use these benefits in future — for example, by including a letter showing she un-enrolled from them before applying for a green card.) But it’s only part of the “totality of the circumstances,” which include a range of other factors and tests — some of which the administration is also seeking to make more restrictive.

Having a large family, for example, will be a “negative factor”; having a health condition and not having private health insurance would be another “negative factor,” as is being under 18 or over 65.

In some cases, the government will allow someone to come to the US (or get a green card) even if it deems them a likely “public charge.” But the immigrant or a sponsor would have to put up a bond of $10,000 or more — which would be forfeited if the immigrant ended up using social services. (VOX.com).

Published in Economy, Immigration and Politics