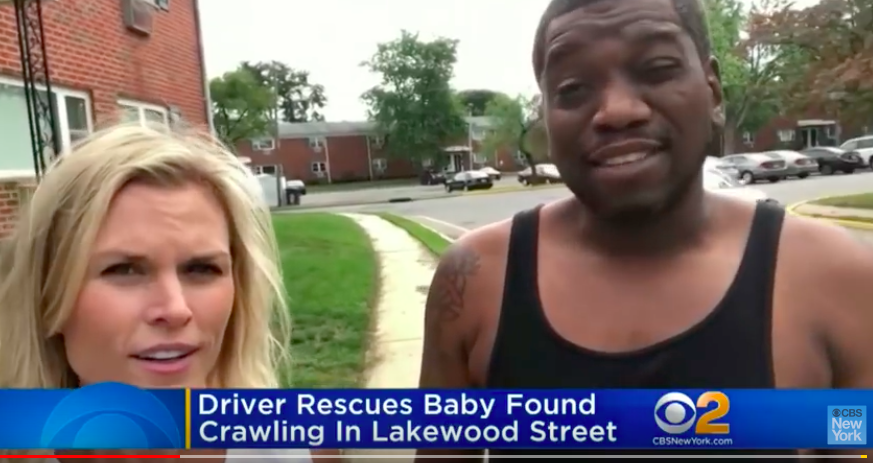 Authorities are investigating after a driver spotted a baby crawling across a busy New Jersey roadway Saturday evening last week. The child was unharmed after a neighbor and a passing motorist came to the baby’s aid just before 6 p.m. on Joe Parker Road in Lakewood. The road has a speed limit of 40 miles per hour.

According to ABC News, the motorist, 41-year-old Cory Cannon, of Eatontown, told police he saw the child and initially thought it was a toy. But when he saw the child moving, he got out of his car to stop traffic.

“I was riding in my work truck on my way to another job, saw something in the middle of the street, wasn’t exactly sure what it was,” he said. “So I started to slow my truck down, so I could slow the traffic behind me, just in case it was something that could have done damage to the car, let alone it being a child. When I saw the child move, that’s when I moved in to block off traffic and get myself out of the middle of the street. And then I snapped the pictures as I was getting out of the truck.”

Cannon was then approached by a nearby resident, who took the child back to the family. “I don’t really consider myself a hero,” Cannon said. “I just feel like I did the right thing at the right time.”

Authorities say further investigation revealed that the infant may have left the home through a door that was left unsecured by an older sibling. The family of the child was unaware the baby had left until the neighbor arrived. A woman at the home called the matter “an accident.”

“Something like this, I would never expect it,” Cannon’s wife Zenobia said. “My husband’s not the type to seek out attention or anything like that, but he was just doing it because it was a good thing to do.” The investigation is active and ongoing, with the assistance of the New Jersey Division of Child Protection and Permanency. ABC News.com