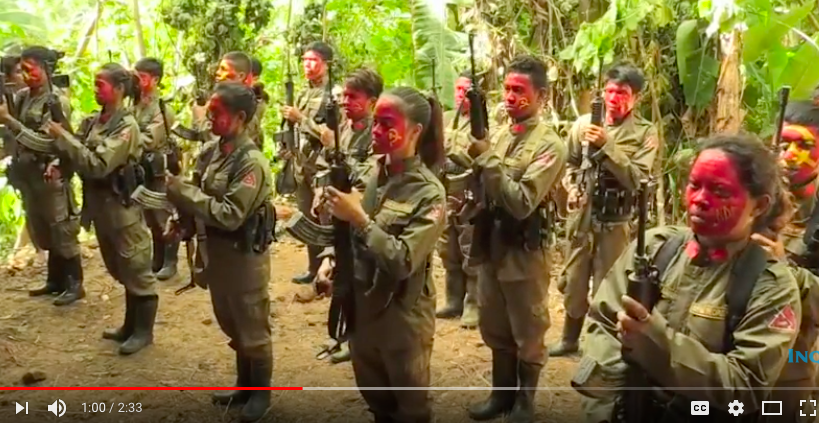 Interior Secretary Eduardo Año confirmed Wednesday that there were initial efforts to recruit soldiers to join the supposed ouster plot against President Rodrigo Duterte. Ano added that recruitment efforts were tackled in a security meeting following the President’s trip to Jordan earlier this month.

“The Armed Forces saw some sort of initial recruitment which became the basis for us to be proactive,” Eduardo Ano said, according to ABC-CBS News.  Año, a former military chief, however declined to name who was behind the alleged recruitment efforts but denied that it was coming from the ranks of the Armed Forces of the Philippines (AFP).

Military officials earlier said there was a “broad” coalition of communist rebels and critics of the President plotting to oust him next month.

According to the military, the coalition allegedly includes supporters of ousted Chief Justice Maria Lourdes Sereno and the group Tindig Pilipinas, whose members incidentally include Liberal Party leaders. Año added that the government has recovered documents of the communist movement’s supposed plan to oust the President as early as October last year. ”The information on the retrieved documents began as early as last year. This Red October began last year and the CPP-NPA would choose, make alliances with other forces, including political forces, to oust the President,” Ano said.

Año’s statement comes after President Duterte revealed that several soldiers have joined the supposed conspiracy effort to oust him from office. In his speech at the turnover of 250 transport vehicles to the Bureau of Jail Management and Penology, Duterte said that he was willing to step down should the military and police tell him to do so.

“If you think that I don’t deserve to be there, just tell me. I would be happy to oblige. I am tired,” Duterte said. “Your loyalty should begin and end with the Republic of the Philippines,” he added. (ABC-CBN News)

Published in Achievement, Military and Politics