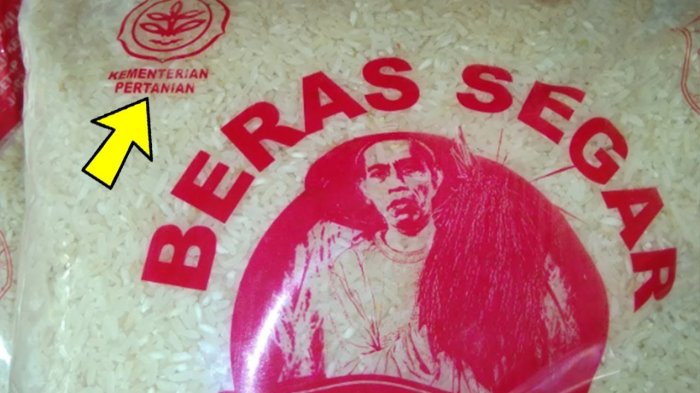 Is it Joko Widodo’s Picture in a rice sack?

The Jakarta Post – A picture of a rice sack issued by the Agriculture Ministry has gone viral as social media users mistook the model pictured on the sack for Indonesian President Joko Widodo.

Twitter user @Jokoedy6 posted pictures of the rice sacks, claiming that the man shown carrying a bundle of rice stalks on the packaging was in fact the Indonesian leader. He also accused Joko, better known by his nickname Jokowi, of unfairly promoting himself ahead of the country’s presidential election next year.

“The Agriculture Ministry’s rice has Jokowi as its logo,” he tweeted on Tuesday. “If he doesn’t break the rules, Jokowi cannot win. To win, he needs to cheat and act corruptly.” As of the time of writing, the post had been retweeted 425 times and liked 527 times.

The ministry, however, said the man pictured is in fact a ministry employee, not the President. “The model in the photo is Agus Faizal, the driver of the Agriculture Ministry’s procurement bureau head,” ministry spokesman Kuntoro Boga Andri told The Jakarta Post on Wednesday (Sept 26), adding that the picture had been taken in 2016, when the ministry launched its Toko Tani Indonesia programme. The Jakarta Post.

Published in Diaspora, Economy and Politics