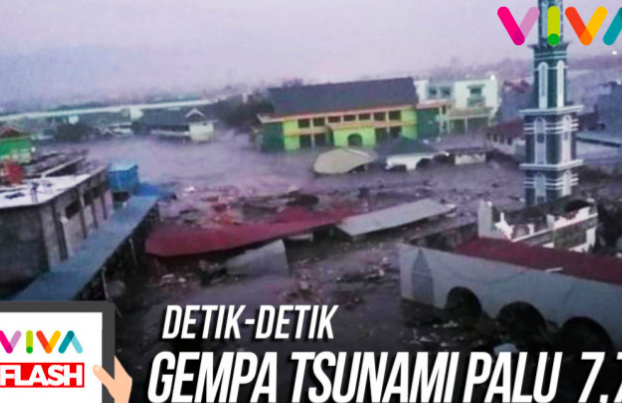 Scientists were surprised by the ensuing tsunami, which resulted in conflicting warning messages. But experts suggest that the area’s unique geology could be to blame for the unusual progression of the disaster. On Friday, a powerful 7.5-magnitude earthquake shook the Indonesian island of Sulawesi, just after 5:02 PM Western Indonesian Time.

The earthquake followed a series of temblors that began around 2:00 PM WIB with a 6.1-magnitude quake. That event not only destroyed dozens of houses but resulted in one death and at least 10 injuries, according to Reuters. The ground continued to roil with 27 aftershocks that eventually gave way to the intense, shallow 7.5-magnitude temblor centered about 6 miles deep, according to the U.S. Geological Survey. Since then, 31 aftershocks have gripped the island, according to CNN Indonesia.

Indonesian Agency for Meteorology, Climatology and Geophysics (BMKG) initially issued a tsunami warning but soon retracted it based on analyses at the time. However, monstrous waves soon began crashing on shore, captured in videos that quickly began circulating on social media. One particular video seems to be recorded from the upper floors of the circular parking structure at the Palu Grand Mall, showing waves rushing in below. It cuts off as the crowd starts to run, seeking safety from the wall of water.

Tsunamis typically are the result of the abrupt motion of large submarine earthquakes at tectonic plate boundaries. And earthquakes are not uncommonin Indonesia; the island chain sits within what’s known as the Ring of Fire, a curving horseshoe-shaped chain of tectonic plate boundaries that hugs the Pacific basin. It is home to around 90 percent of the world’s earthquakes. But the monster waves were unexpected for this particular quake. Click here for more story nationalgeographic.com

Published in Economy and Technology