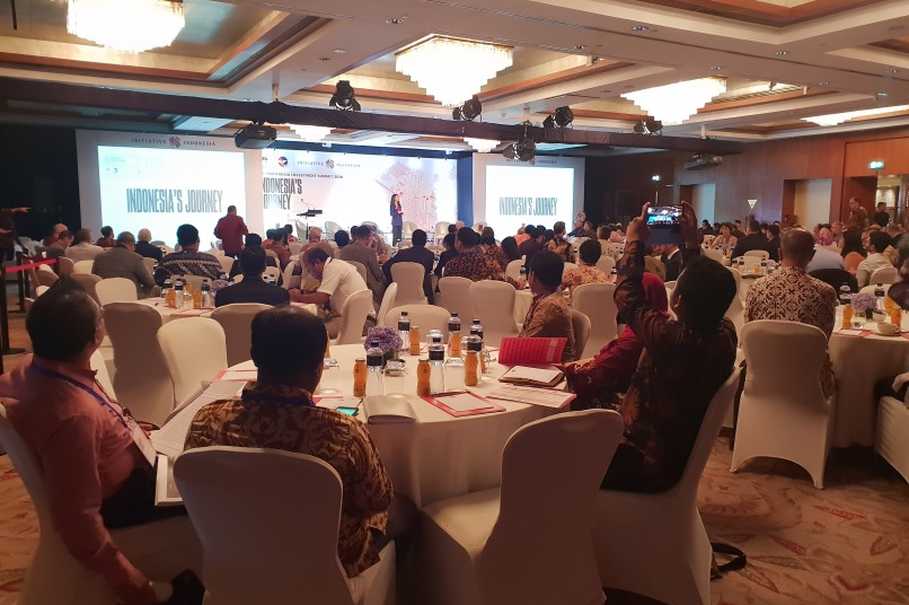 Amcham: Indonesia is already Seen Moving in The Right Direction

Indonesia must quicken the pace of its economic reforms to improve the business climate, which is already seen moving in the right direction, according to a report by the United States Chamber of Commerce and the American Chamber of Commerce in Indonesia.

According to Jakarta Globe, the report was released on Thursday (27/09) during the annual US-Indonesia Investment Summit, which brings together American private-sector leaders and high-level government officials for discussions on the current business climate in Indonesia. The summit was co-hosted by the Indonesian Chamber of Commerce and Industry (Kadin), Indonesian Employers Association (Apindo) and Investment Coordinating Board (BKPM).

This year’s report titled, “Indonesia’s Journey,” reviews the economic progress made by President Joko “Jokowi” Widodo’s administration. It also compares the country’s investment environment to other countries in Southeast Asia. “The US Chamber and American business see great opportunities in Indonesia, because of recent regulatory reforms undertaken by President Widodo” Charles Freeman, senior vice president for Asia at the US Chamber of Commerce, said in the statement.

“The government has rightly focused on reducing regulations to encourage new investment opportunities. However, too many of those opportunities will remain unrealized unless the government moves expeditiously to create a more welcoming environment for foreign investment by establishing regulatory certainty.”

The report focuses on infrastructure development during the Jokowi-era and discusses issues that have prevented the country from reaching its full potential, including budgetary constraints, an over-reliance on state-owned enterprises, and the limited success of public-private partnerships. The report said Infrastructure projects are stymied by traditional issues related to permits, licenses and land acquisition, all of which have reduced the feasibility of infrastructure projects.

“We have been impressed with the openness of the Widodo government to dialogue with the private sector and look for common solutions to regulatory challenges,” said A. Lin Neumann, managing director of AmCham Indonesia. “But there are major sectors where we think foreign investment could do more and is still held back by regulatory hurdles.” The AmCham report states that during Jokowi’s tenure, “there have been substantial improvements in access to health care, as well as education reforms, that have helped poorer students stay in school.”

“Continued education reforms are vital if the country is to develop the workforce it needs for a 21st-century economy,” the report said. On top of that, the report also offers recommendations on short- and medium-term action, as well as the need for expanded dialogue with the private sector.

In his opening remarks, US Ambassador Joseph R. Donovan underscored the United States’ commitment to continued economic engagement with Indonesia and the Indo-Pacific region. “America wants to contribute to Indonesia’s prosperity, fostered through private-sector partnerships that naturally develop from fair and reciprocal trade, open investment environments, transparent agreements between nations, and improved connectivity.”

This year’s US-Indonesia Investment Summit formed part of “Initiative Indonesia,” a joint program between the US Chamber of Commerce and AmCham Indonesia. The initiative is designed to boost trade and investment between the two countries.

Active since 1971, AmCham Indonesia is one of the country’s largest and most active bilateral business chambers. It represents a broad cross-section of US businesses in Indonesia. The US Chamber of Commerce is the world’s largest business federation, representing the interests of more than 3 million companies of all sizes, sectors and regions, as well as state and local chambers and industry associations.

Its international affairs division includes more than 80 regional and policy experts and 25 country- and region-specific business councils and initiatives. The US Chamber of Commerce also works closely with 117 American chambers of commerce abroad. Jakarta Globe.id

Published in Achievement and Economy