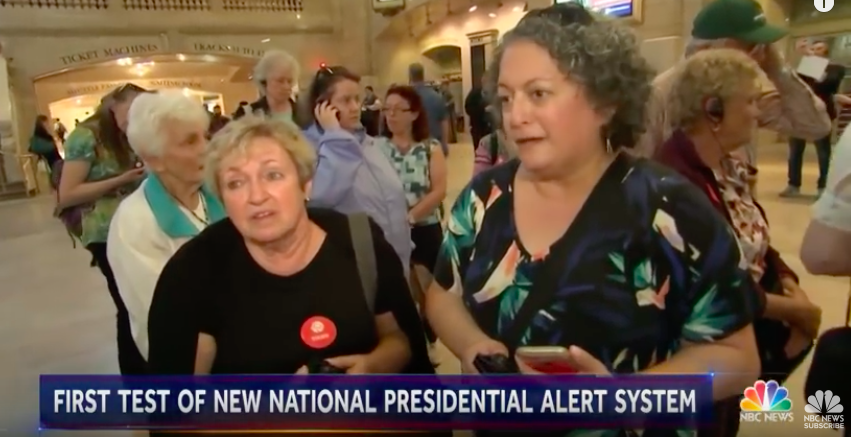 ‘Presidential Alert’ on October 3 is the first nationwide test

Millions of American wireless-phone users will receive an emergency test message bearing the banner “Presidential Alert,” on Wednesday, Oct. 3, unless their phones are shut off or out of reception range or if they’re in the middle of a long phone call.

Verity.com stated, the test alert, the U.S. government’s first nationwide test of the Wireless Emergency Alert System, won’t be from President Trump per se. A senior FEMA official said Trump will not be directly triggering the Oct. 3 alert.

The Wireless Emergency Alerts test will begin at 2:18 p.m. EDT on Wednesday, Oct. 3. The message will be active for approximately 30 minutes, so users could receive the alert within that time frame. In addition, the FCC also will conduct a national test of the Emergency Alert System via radio and TV broadcasters, cable providers, satellite radio and TV operators, and wireline video providers at 2:20 p.m. EDT, lasting about one minute. The EAS message will describe it as a test of the National Emergency Alert System but will not be flagged as a “Presidential Alert.” It’s the fourth national EAS test.

A “Presidential Alert” sent to wireless phones and across the EAS would be issued in the event of an actual national emergency, such as a declaration of war or coordinated terrorist attacks, as determined by the president or the president’s designee. Neither Trump nor any other U.S. president will be able to use the WEA system for any purpose other than alerting citizens about a national emergency, according to FEMA.

The Wireless Emergency Alert system is used to notify Americans about dangerous weather from the National Weather Service, AMBER Alerts for missing children, and other urgent situations from federal, state and local authorities. Since its launch in 2012, the WEA system been used more than 40,000 times. (Verity.com)