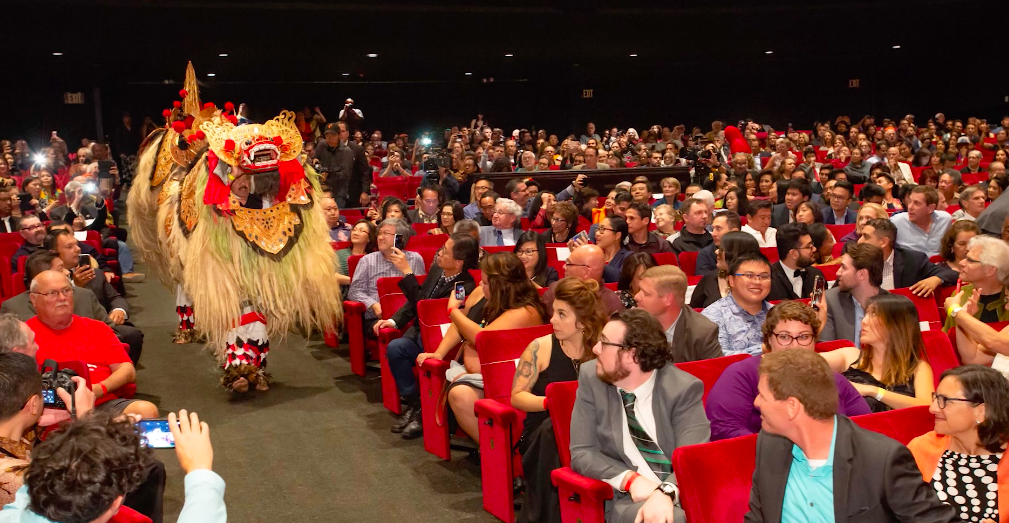 Bali: Beats of Paradise spotlights pioneering Indonesian composer, Nyoman Wenten, who spent most of his life spreading the beauty and mystery of Balinese music and dance across America.

Shot mostly in Bali by director-producer Livi Zheng, the film encapsulates the brilliant scenery of the island as well as the authenticity of Balinese culture and Gamelan music. Known as the music of Indonesia, Gamelan (pronounced Gah-Meh-Lahn) typically uses bronze, iron, bamboo or wooden bars, as well as bronze and iron gongs, gong chimes, cymbals, bells, and two-headed drums to create a unique shimmering sound.

After 40 years of teaching Gamelan throughout America, and giving thousands of performances all over the world, Wenten wanted to leave something special behind before retiring to Bali. Coincidentally, Grammy Award-winning singer Judith Hill was looking for a distinctive sound for a new piece of music she was composing.

She was intrigued by Gamelan music and approached Wenten to discuss the blending of musical styles. As Hill and Wenten worked in the studio on “Queen of the Hill,” a song blending funk and Gamelan music, they wanted to take their collaboration one step further – a music video.

As with the fusion of two musical styles, Hill and Wenten wanted the stark background of the desert with the beautifully colored traditional Balinese costumes. Shot in Southern California’s Joshua Tree Desert, the music video is a kaleidoscope of funk and traditional Balinese dance and costumes showcasing Hill’s ethereal vocals. (Sun and Moon Films)