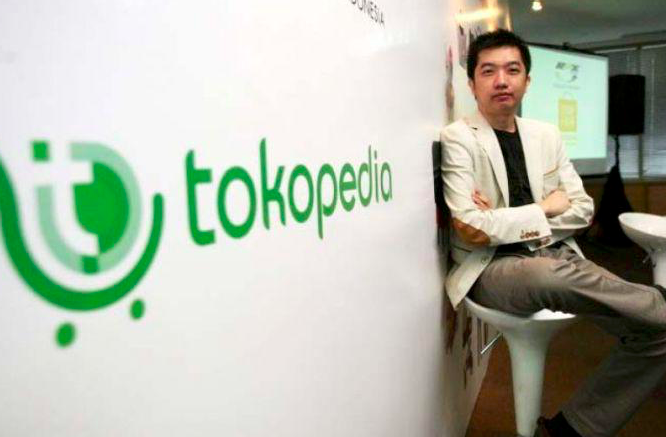 PT Tokopedia, Indonesia’s largest online marketplace, has become the country’s most valuable startup after raising $1 billion from existing investors including SoftBank, according to people familiar with the matter. The e-commerce operator is valued at about $7 billion after the round, the people said, asking not to be identified as the details are private.

That would top the valuations for startups in Indonesia, according to the research firm CB Insights. While it wasn’t clear if the backing comes from SoftBank Group Corp. or its Vision Fund, the Tokyo-based company transferred prior holdings in Tokopedia to the fund earlier this year.

Hindustimes.com reported, William Tanuwijaya, the 37-year-old son of a factory worker, co-founded the company and has capitalized on the country’s rapid adoption of smartphones and increasing comfort in shopping online. Indonesia’s internet economy is the largest and fastest growing in Southeast Asia with e-commerce poised to be worth $53 billion by 2025, according to a recent report by Google and Temasek Holdings Pte.

A cashed-up Tokopedia, which was founded in 2009, will present more formidable competition for its rivals. China’s Alibaba Group Holding Ltd. is expanding its Lazada business in Southeast Asia, while PT Bukalapak.com is signing up hundreds of thousands of neighborhood stores as partners and Singapore’s Sea Ltd. is investing heavily to expand its e-commerce business.

“Tokopedia has emerged as a major force in recent times,” said Usman Akhtar, a Jakarta-based partner at Bain & Co. “It has made undoubted advances in scale and the fact that it is getting new and large funding suggests that some major investors see it as one of the potential leaders in future consolidated market.” A Tokopedia representative declined to comment. SoftBank didn’t immediately respond to a request for comment.

Tokopedia was No. 1 in Indonesia in the third quarter, according to market researcher iPrice Group, which used monthly web visits based on SimilarWeb’s data. It was followed by Bukalapak, Shopee and Lazada. Tanuwijaya has previously cited his first meeting with SoftBank’s billionaire founder Masayoshi Son as a turning point for the company.

That came in 2014 after he took 11 pitches to get funding for his idea to build Indonesia’s first online shopping hub. “The people who rejected me only asked me about my past, which I couldn’t change,” Tanuwijaya said in an interview in 2016, recalling his early days when potential investors turned down his pitch. “But Masayoshi Son was there, asking me what I thought of the future. He didn’t care about my past.”

Tokopedia’s gross merchandise value, which refers to the total value of goods sold on is platform, has more than tripled this year, according to the people familiar with the matter. The company matches customers with merchants instead of selling products from its own shelves and offers electronics, clothing and health-care items. It also operates websites for buying train tickets and topping up mobile-phone plans. (Hindustimes.com)