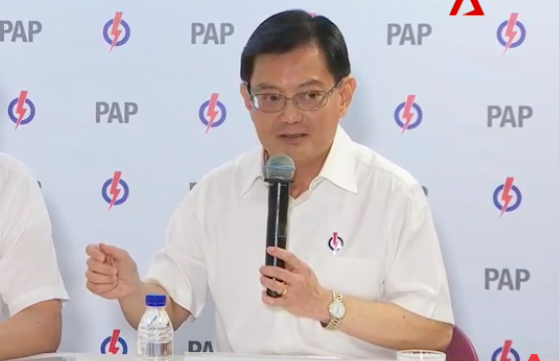 Heng Swee Keat Would Be The Future Singapore’s PM

The Jakarta Post reported, Lee, 66, has signaled he intends to hand over the premiership by the time he turns 70 in 2022 — a year after the country’s next general elections are due. The People’s Action Party has ruled Singapore since Lee Kuan Yew led the country out of its political union with neighboring Malaysia in 1965, and Lee and his son have held the post of prime minister in all but 14 years of its independence.

The leadership transition comes as Singapore’s economy slows on the back of rising trade tensions between the U.S. and China. As one of the most export-reliant nations in Asia, Singapore’s growth prospects are closely tied to the outlook for the global economy and trade.

Both Heng and Chan were seen as top candidates to succeed Lee among a group of younger ministers known as the country’s fourth-generation leaders. “Mr Heng appears to be, comparatively speaking, the better known of the two to succeed Prime Minister Lee,” said Alan Chong, associate professor at the S. Rajaratnam School of International Studies in Singapore, in a telephone interview. “The main challenge is economic,” Chong said “And in that regard, Mr Heng is very well placed.”

Heng began his career in the Singapore Police Force, later entering the civil service and serving as principal private secretary to Lee Kuan Yew after he stepped down as Prime Minister. He has held the post of finance minister since 2015, and previously served as education minister and managing director of the Monetary Authority of Singapore. During a Cabinet meeting in 2016, Heng collapsed from a stroke but recovered and came back to work three months later.

In an interview with Bloomberg Television’s Haslinda Amin earlier this month, Heng said any new cabinet would have to be fully committed to working closely with the country’s partners all over the world and looking into the well-being of Singapore and its citizens. He said the city-state may need to review its 2019 economic growth projections due to uncertainty over trade.

Chan, a former Chief of Army and Secretary-General of the National Trades Union Congress, entered politics in 2011 and served in a range of portfolios — including Minister for Social and Family Development (MSF) and Second Minister for Defense. He was appointed Minister for Trade and Industry in May.

Published in Achievement, Economy and Politics