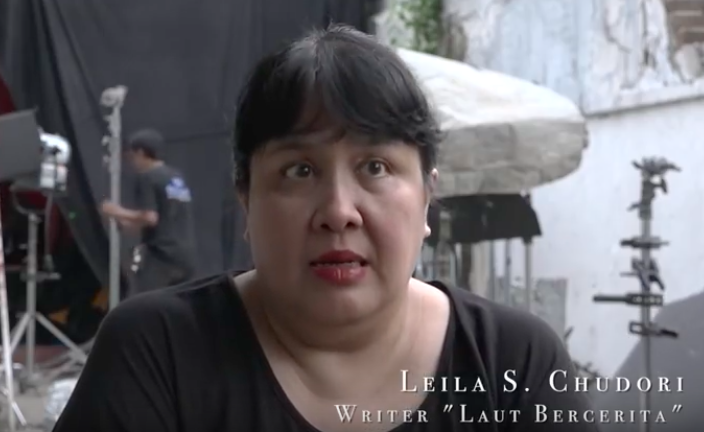 ‘The Sea Speaks His Name’ by Leila S. Chudori

The tragic yet inspiring story of a group of friends, all young and idealistic political activists who faced the iron fist of power in the waning days of the Suharto regime, in the late 1990s.

In the twilight hours of a day in March, Biru Laut was ambushed by four unknown men. Together with his friends, Daniel, Sunu and Alex, he was taken to an unknown location. For months they were held captive, interrogated, beaten and tortured into answering one sole question: who stood behind the rebellious student movements at that time?

Biru Laut’s younger sister, who, along with other family members of kidnapped student activists, struggled to put the pieces of the puzzle together and to find answers to their never-ending questions.

While her parents appear to be in denial and remain hopeful that Biru Laut will one day come back to sit at the family table again, Asmara Jati engages alongside the Missing Persons Commission Team led by Aswin Pradana in order to strive to find traces of those who went missing and to record the testimonies of those who returned.

About the Author: Leila S. Chudori is Indonesia’s most prominent and outspoken female journalist. She worked at TEMPO News Magazine from 1989 to 2018. She is also considered one of Indonesia’s boldest story-tellers and is a well-known figure in the Indonesian literary scene.

She is the author of several anthologies of short stories, three novels, TV and film scripts. Her novel Pulang (Home) was translated into English, French, German, Dutch and Italian. Today, Leila lives in Jakarta with her daughter, Rain Chudori-Soerjoatmodjo.

About the Translator: John McGlynn has translated or edited over 100 works, including translations of several of works by Pramoedya which he published using his pen name, Willem Samuels, including The Mute’s Soliloquy.

According to Tempo, Indonesian magazine, “Over the years, McGlynn worked to produce English translations of Indonesia’s top literary works, collaborating with a diverse group of translators, such as Harry Aveling, an authority on Indonesian and Malay literature.”