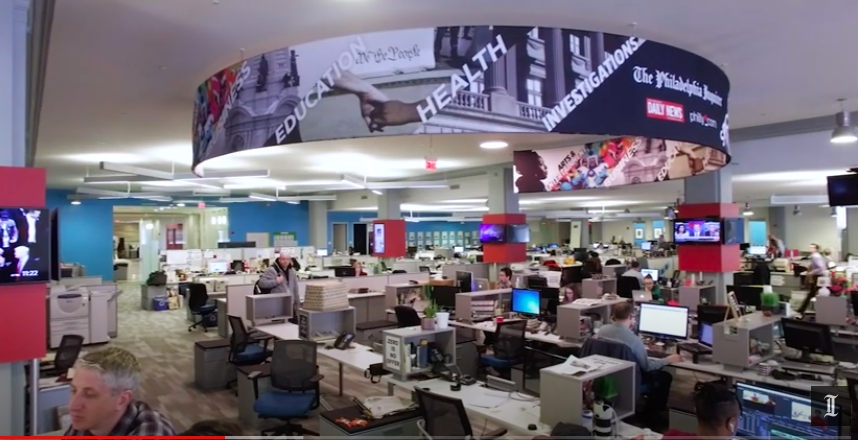 From critical updates to stories of solidarity, local reporting is being more widely read than ever. Yet funding for that work has been mowed down by the ensuing economic fallout. Forced penny-pinching by companies large and small means advertising has all but dried up. And event sponsorships? Yeah, not happening anytime soon.

As budgets sink into a quicksand of pandemic red, news organizations across the U.S. have been laying off staff, or even shutting down entirely. So the financial lifeline Facebook just threw the industry is extra welcome. Even better: it’s not meant to be a bailout. It’s a bet on local readers — aka, you.

Of that, nearly $465,000 went to seven outlets right here in Philadelphia. The local grantees include:

The city’s overall strong showing, with seven orgs deemed worthy of receiving grants, is a testament to the strength of the region’s media landscape, said Lenfest CEO Jim Friedlich. “One of the grant reviewers joked that it was more competitive than getting into Harvard. Statistically, I believe this to be true,” Friedlich said. “It speaks to Philadelphia’s evolution as a news ecosystem, arguably the most effective and collaborative one in the country.”

All but one of local grantees are members of Broke in Philly, the reporting collaborative on economic mobility run by Resolve Philly. “The Notebook is one of the many newsrooms that belong to the reporting collaborative organized by Resolve, and we develop projects together,” said Notebook Executive Director Lauren Wiley. “This type of teamwork leads to excellent journalism and stronger newsrooms. This grant, and other community support we have received recently, will fund our reporting.”

The cash infusion is useful not just to strengthen current work, publishers say, but to get information to new audiences. “Billy Penn’s and WHYY’s record-breaking traffic shows the public wants and needs vital information more than ever,” said Sandra Clark, WHYY vice president for news and civic dialogue. “This support allows us to better reach those in underserved communities not necessarily represented in those numbers.”

Beyond a sorely needed band-aid, the Facebook grants are designed to help Philly news outlets become self-sustaining into the future. With the cushion they provide, the thinking goes, organizations can worry less about running out of cash as the viral economic crisis deepens. Instead, they can concentrate on building out models that tap into direct audience support.

Even Philly Mag’s starting a paywall

Asking readers and listeners to pay for news isn’t new. People have been donating to public media for decades, and subscribing to their local paper for even longer. The rush to put everything on the internet for free caught that paradigm in a headlock, but it’s been slowly clawing back. Viz the New York Times’ record digital subscription success, or the Guardian’s eye-popping membership numbers.

Can local publications make it work? This funding helps advance plans to try.

“As a participant in Facebook’s Local News Accelerator,” said Lisa Hughes, publisher and CEO of the Inquirer, “we will use the money to support and speed up our transition to a digital-first news organization, including helping to grow our digital subscriptions.”

The Inquirer recently gave itself five years to transition away from ads and rebuild its bottom line atop a base of reader support. Others are following suit.

A paywall is now up at the Philadelphia Tribune, the nation’s longest-running Black newspaper, which also participated in the Facebook Accelerator program (as did Billy Penn). As of September 2019, you need to hand over a few bucks to read more than 10 online articles.

Even Philadelphia magazine is exploring the paywall route.

While implementation may be accelerated by COVID, which is bringing Philly Mag its first-ever outside CEO, second-generation owner David Lipson told Billy Penn it’s been in the works for about a year.

Membership is intrinsic to journalism

Another way to tap into reader support is by asking them to become members. That’s how WURD Radio plans to deploy the Facebook money.

“We will use these funds to help us to continue to build our membership program,” said WURD President and CEO Sara Lomax-Reese, “so we can better serve our listeners while finding new ways to create pathways to greater business sustainability.”

As regular readers know, Billy Penn is also working to strengthen our membership program, which we view a way to connect with our audience — one of journalism’s central roles.

Efforts spurred by BP’s grant will include growing our 18,000-person daily email, launching a members-only newsletter, and maintaining the bump in donations that generous readers have provided in response to coronavirus coverage.

For all the lamentation over online advertising, of which a reported 65% or more goes to Facebook and Google, lots of publishers agree it’s not what the news industry should focus on right now.

Friedlich, of the Lenfest Institute, said these relief grants fall in line with the kind of thing one Philadelphia visionary had in mind. “Several years ago, I spoke with the late Gerry Lenfest about what was then the predominant news industry view that Facebook and Google were the enemy,” Friedlich recalled.

He well remembers the philanthropist’s response. “You want my advice?” Lenfest told Friedlich about the looming digital behemoths. “Go and make friends with them.” 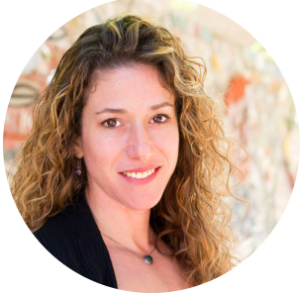 * Danya Henninger is editor at Billy Penn, a Philadelphia local news site. She’s been writing for Billy Penn since it launched in Oct. 2014. In January 2018, she was named acting editor, and assumed full responsibility for the newsroom in March of that year.

Her work has been published in the Philadelphia Inquirer, Vice Munchies, All About Beer, Craft Beer + Brewing and Edible Philly. She grew up in New York City, then wholeheartedly adopted Philly as her new hometown. In 1997, she founded a photo-video firm called Imagic Digital with her husband, Mark Henninger.