What do Indonesians think of Donald Trump?

Cigombong, Indonesia (CNN) Donald Trump has made it clear he doesn’t trust Muslims, but that hasn’t stopped him from trying to make money in majority Muslim countries.

Take the Lido Lakes One Stop Adventure Hotel for example.

Even staff at this scruffy resort admit it has seen much better days. During a recent visit the cavernous lobby sat mostly empty, apart from a stray cat. Several aging cakes collected dust in the showcase of an apparently abandoned hotel pastry shop. The paint was peeling off the seats of children’s swings next to a forlorn swimming pool.
The Donald Trump guide to the rest of world
However, according to the presumptive Republican presidential candidate, Lido Lakes will soon be transformed into a shining example of the “next generation of luxury hospitality.”
The future Trump International Lido Hotel is one of two resorts Trump Hotel announced it is developing in Indonesia, the world’s most populous Muslim country. 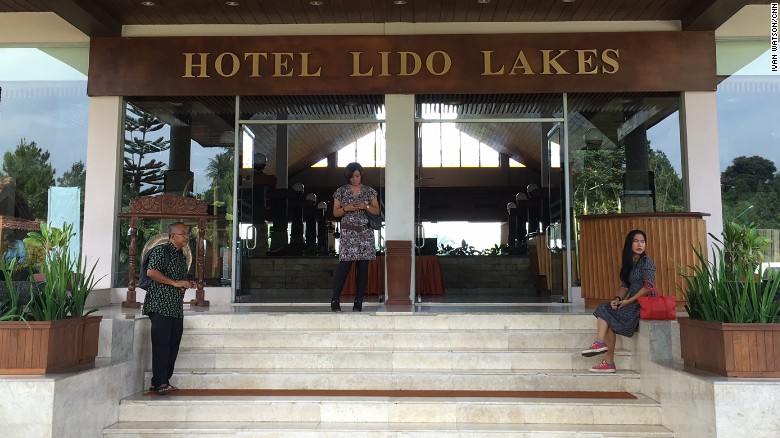 Trump Hotels publicized its joint venture with the Indonesian investment firm MNC last September. Four months later, Trump himself made a startling policy announcement.
“Donald J. Trump is calling for a total and complete shutdown of Muslims entering the United States until our country’s representatives can figure out what is going on,” his campaign announced.
Trump’s unapologetic criticisms of the Muslim world is provoking questions at the most senior levels of government here in Indonesia.
“How come he won’t allow Muslim people to enter America while he has money in Indonesia, investment in Indonesia,” asks cabinet minister Luhut Panjaitan.
In an interview with CNN, Panjaitan suggested that Indonesia would turn to other trading partners if a future President Trump shut U.S. doors to the more than 200 million Indonesian Muslims.
In 2015, the U.S. bilateral trade in goods and services with Indonesia exceeded $20 billion.
“I don’t think America can survive alone,” Panjaitan said. 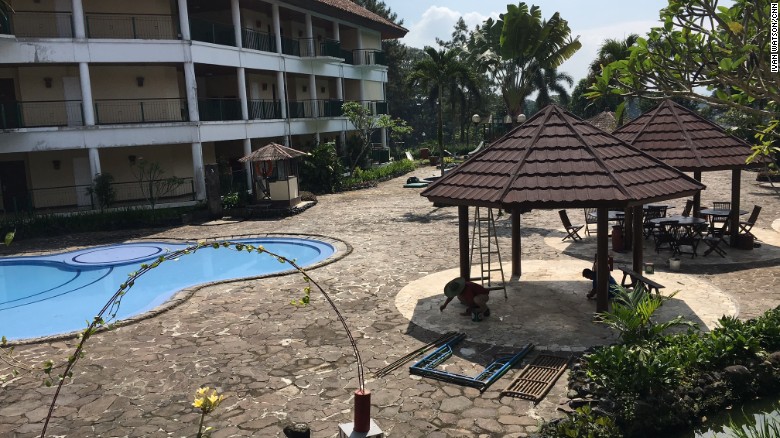 Some locals hope the project will bring jobs, others are unsure about Trump.

Unsurprisingly, Trump evokes polarizing views among Indonesians.
At a university graduation ceremony in Jakarta, three separate students told CNN they do not like Trump because he “discriminates against Muslims.” A fourth graduate however said “Trump is a good businessman.”
Teachers and students at an Islamic boarding school in the city all reacted with dismay at the mention of the Republican candidate.

Dini Muzadlifah, 17, who dreams of one day going to study in California, urged Americans to think “over and over again” before voting for Trump.

Muslims, she added, are “not your enemy. We are friends.”
Dini Musdalifah, 17, urged Americans to ‘think again’ about electing Trump.
Fuad Hasan, also 17, called Trump an “extremist.”
“Donald Trump is not good for America or for the world,” he added. “I feel very sad and disappointed with his statements.”
A spokesman for one of Indonesia’s Islamist political parties warned that if Trump imposed his ban on Muslims visiting the U.S., there would be calls for reciprocity.
“Muslims in many countries would also demand their governments do the same to Americans and this means that Trump would be creating political instability,” said Arsul Sani of the United Development Party (PPP).
“It would even increase extremism against U.S. interests, including in Indonesia.” In its announcement about Trump International Hotel Lido in Indonesia, Trump Hotels boasted a future “luxurious retreat … with elevated services for luxury-minded guests.” The press release did not mention whether the former hotel’s mosque will be part of the redevelopment.
Click here for more www.cnn.com

Published in Politics and Uncategorized