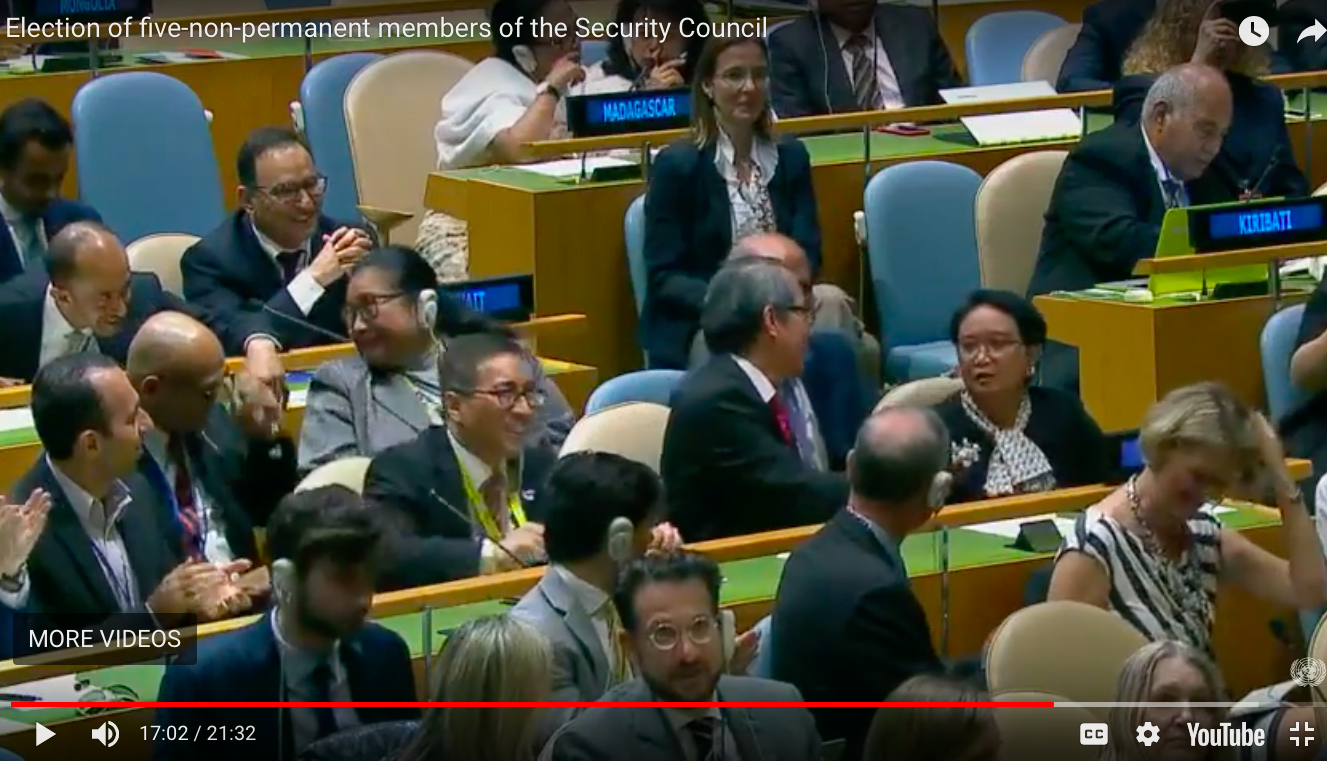 The UN General Assembly has re-elected Indonesia as a new non-permanent member of the UN Security Council (UNSC) on 8th June 2018. The re-election signifies the continuing confidence of international community in Indonesia’s diplomacy.  It also shows global acknowledgement of our notable track record and commitment to maintaining world peace and security.

To have a seat in the UNSC, considerably the most powerful organ of the UN, is a great opportunity that Indonesia could not afford to miss.  The membership would place our country at the epicenter of international decision – making. It would also give Indonesia chances to wield its diplomatic influence over the international community albeit within the confines of the limitations of a non-permanent member.

Nonetheless, this is a great opportunity that certainly comes with great responsibility.

The heart of this responsibility is to make a noteworthy contribution and to leave the Council at the end of its two-year term with a reputation as true partner in creating peace. There is indeed a legitimate expectation that the current membership will write the same or even better success story as Indonesia did previously in 1994 – 1995 – 1996 and 2007 – 2008.

It is without a doubt that Indonesia has the capacity to discharge such a great responsibility and to realize its vision and mission in accordance with the main challenges of the UNSC. Against this backdrop, there are some issues under the agenda of the UNSC that need particular attention under our membership.

First, Indonesia assumes the duty to make sure that all actions taken by the Security Council should be consistent with its mandate and fundamental principles of international law. This is relevant as there is great concern that the UNSC exercises legislative, judicial and executive power, which has been frequently described as being ultra vires (beyond the power). Indonesia will need to make a solid stand that seeks to redress this particular challenge by highlighting the importance of legitimacy and predictability of the UNSC’s actions.

Second, it is imperative that the UNSC has the responsibility to take action to address the rapidly deteriorating situation in the Middle East, and most importantly the question of Palestine. The Palestinian – Israeli conflict is undeniably the root of all problems in the region, and there can be no peace without settling it.

As Indonesia always stands with Palestine, it underlines the importance of impartiality of the international community in resolving the Palestinian issue and pushing for the peace process. Voicing the respect for the rights of the Palestinians and guarantee of their safety and protection is also essential.

Third, terrorism is one of the most challenging threat to world peace. While acknowledging the central role of the UNSC in addressing the threat of terrorism, Indonesia attaches great importance to the multilateral approach in that international cooperation is a prerequisite for countering this heinous crime. There is also a need for States to respect human rights and to uphold international and national law in combating terrorism. Within this context, Indonesia should also reiterate its outlook that the creation of a culture of tolerance through a dialogue among civilizations under the UN Framework would be useful. 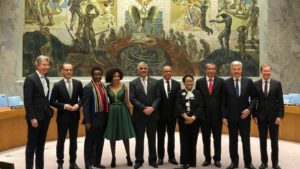 Fourth, as one of the largest contributors of military and police peacekeepers, Indonesia needs to actively ensure that the UNSC responses to a crisis will be wholesome by integrating conflict prevention, peacemaking and peace building. Furthermore, Indonesia should also continue promoting the outstanding role played by UN peacekeepers through providing capacity building and capability development.

Fifth, we should also not lose sight of the role of regional organizations in the promotion of preventive diplomacy, peacekeeping, peacemaking and post-conflict peacebuilding. While the Security Council would continue to have primary responsibility for maintaining international peace and security, regional organizations could not only provide support to the UNSC, but also contribute to a deeper sense of a more democratic international order.

In a nutshell, the opportunity to be a non-permanent member of the UNSC entails great responsibility. We need to be mindful of all the expectations of the UNSC membership.  As the UNSC plays an important role in providing catalyst when it comes to core international issues, Indonesia is expected to act freely and independently and yet contribute toward consensus. Amid the uncertainty of global politics, Indonesia in the UNSC will continue working optimistically. (Jakartapost.com)

Abdulkadir Jailani is an Indonesian diplomat living in New York. The views expressed are his own.

Published in Achievement and Politics