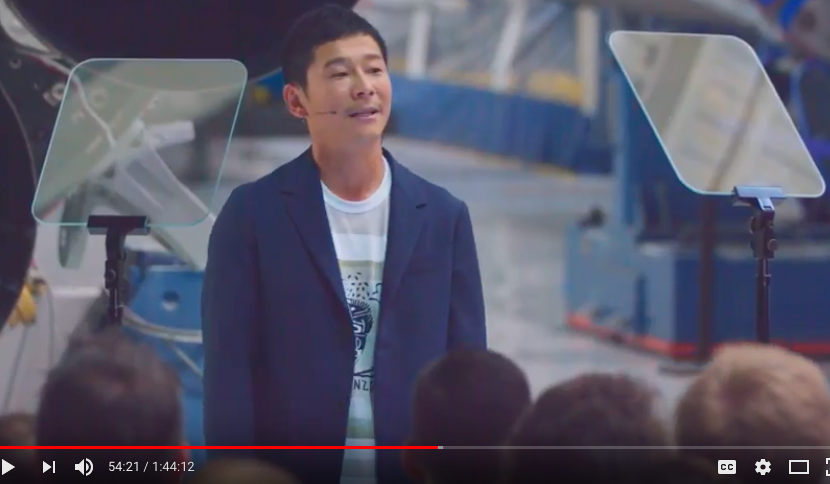 Yusaku Maezawa, Japanese Skateboarder will be the first tourist to the moon

Tesla’s Elon Musk held a press conference yesterday announcing the very first tourist to board the Big Falcon rocket, SpaceX’s moon orbiter. The one with this honor is Yusaku Maezawa—the Japanese, art collecting billionaire founder of Zozotown. However, after Musk introduced him to the throng of journalists, Maezawa chose to describe himself as a “skateboarder, drummer, and an entrepreneur.”

The Berrick stated, ”We were skeptical about the skate element of this story (which has been covered ad nauseum in the fawning business publication world), but after digging around we came to realize that it’s legit—the entrepreneurial homie skates. And he does it at Zozotown HQ; Maezawa is the prototypical 40-something “cool boss.”

Just to be clear, there doesn’t seem to be any plans to make a pit stop on the moon—simply orbit that bad boy—but that could change by the time the rocket blasts off in 2023. Bro, if Japan wins the Olympics they might even fast-track a DIY build on the moon. (The Berrick.com)

Published in Achievement and Technology