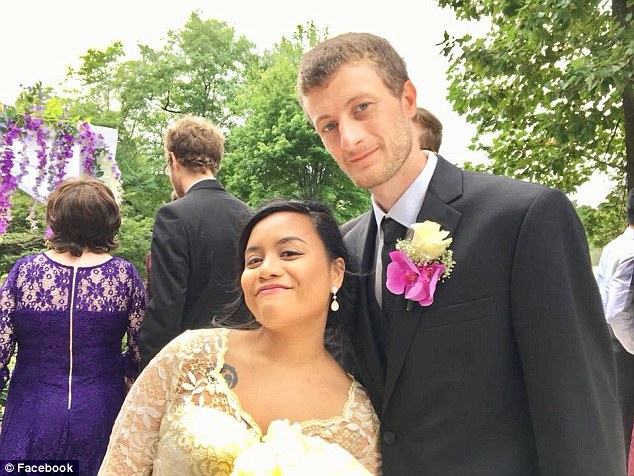 A Maryland Navy veteran who was on honeymoon with his wife in Hawaii was found dead four days after he went missing during a hike. Stephen Kramar, 27, ventured off the resort in Kaunakakai, Molokai where he was staying with his new wife, Jeffanie Kramar, to find a hike they could undertake together, but he never returned from the scouting expedition.

NBC News reported that Stephen’s body was found about half of a mile away from the resort, on the day the newlyweds were set to leave the island to head home to Potomac.

The two had arrived in Molokai on September 9, the day after their wedding. Jeffanie told NBC News that Stephen was an avid hiker, so she wasn’t concerned about him going out alone.”He’s experienced, you know,” Jeffanie said. ”I wasn’t worried at all about that,” she added. But when Stephen texted in the afternoon that he was on his way back, and never showed up, she started to become concerned.

Stephen was last seen leaving the Wavecrest Resort on Monday, nine days later, on the hunt for a hiking trail suitable for both of their experience levels. ”At 9:30 I called him a few times and it rang so I knew his phone was on, but then around 9:45, 10 o’clock, like, the seventh or eighth attempt of calling him, it went dead. It went to voicemail,” Jeffanie said.

A little over 36 hours later, Maui police shared a missing person alert over social media, calling for anyone with information about Stephen’s whereabouts to contact the station. Authorities couldn’t track his phone, Jeffanie said, after it was either turned off or died, making the rescue effort that much more difficult.

With the help of helicopters, K-9s and volunteers, Stephen’s body was found at about 9.16am Hawaii-Aleutian Standard Time on Friday. The couple had just married on September 8 in Falls Church, Virginia. Stephen married Jeffanie, from Indonesia, and they just moved to Virginia. A GoFundMe campaign which was intially created to aid with the search effort is now accepting donations to bring Stephen’s body home and help support his family. (NBC News.com)

Published in Achievement, Community and Indonesia