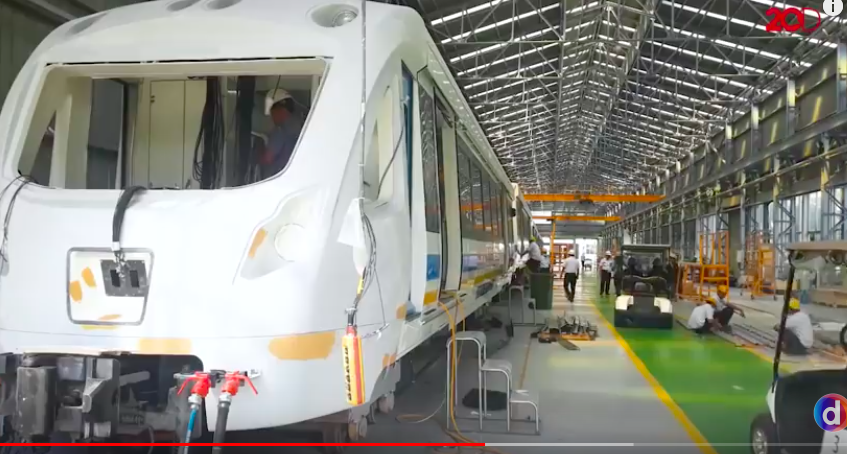 State-owned train manufacturer PT Industri Kerata Api (Inka) is producing 31 trains worth Rp 3.9 trillion (US$261.86 million) and that will be used for the Bogor-Jakarta and the Bekasi-Jakarta light-rail transit (LRT) projects, which are under construction.

“What we are producing now is different from [the trains] currently operating in Palembang [South Sumatra]. The new trains will be driverless,” PT Inka spokesman Exiandri Bambang Primadani said on Thursday as reported by kompas.com. PT Inka manufactured the trains that have been running on LRT tracks in Palembang since the city co-costed the 2018 Asian Games.

The 31 trains were ordered by state-owned railway operator PT Kerata Api Indonesia (KAI), which will run the LRT lines in Greater Jakarta. Each train comprises six train cars that can travel 100 kilometers per hour. Exiandri said the trains currently being manufactured were an improvement to those in Palembang.


“From the design side, it is an improvement of the previous trains. The driverless train is categorized as a medium-speed train that can run 100 km per hour,” he added. Exiandri said PT Inka collaborated with a number of vendors in Europe to produce the train, which are made up of 50 percent local content. They will be completed by 2019, he added. The Jakarta Post.com