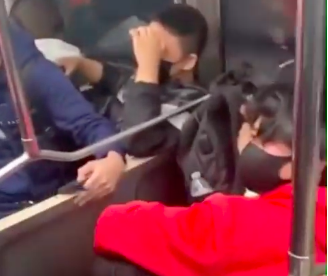 Sympathy and solidarity with the victims of the anti-Asian violence in Philadelphia are still flowing this weekend. Including support from The Council on American-Islamic Relations or CAIR, which issued an official statement regretting the violence committed by one of the teenagers wearing a hijab.

“Regardless of the background of the incident, the actions of the students using physical violence were not right. CAIR-Philadelphia resolutely opposes acts of violence, regardless of the faith and ethnicity of the victims,” said CAIR’s official statement issued Thursday 18 November 2021.

Not only that. The official statement also included an apology from the student’s mother. “We are really embarrassed. Shameful,” wrote the mother, who was not named. ”Her actions do not reflect us. As seen in the video, my daughter is a Muslim. We don’t behave like that. We respect humbly and humanely,” the apology continued. Even at the beginning of the sentence, the mother explained that her 12-year-old daughter had run away from home for a long time.

The CAIR-Philadephia party, represented by Ahmet Selim Tekeliogiu PhD, Director of Education stated, “We would like to visit the victims’ homes to express our concern and support,” he said by telephone. However, until tonight there has been no response from the family of one of the victims of Indonesian blood.

The whereabouts of the four students are not yet known. But there is news, one of them was handed over by his mother after seeing a video of anti-Asian violence that was widely circulated on social media networks of Philadelphians.

Meanwhile, the gathering of the families of the victims at the Chinatown Community Center in Philadelphia, Friday, November 19, 2021, was exciting. In front of 100 community supporters, Mei Lu, the aunt of one of the victims said that her niece was an Asian student who dared to stand up for three bullied students.

“His heroic act of defending his people is an act that is highly appreciated,” said Mei Lu. As reported by The Philadelphia Enquirer, the girl’s mother, who was sitting next to Mei Lu, burst into tears when Mei described the wound in the victim’s eye that was swollen and bruised from falling on the train floor and being kicked several times by the perpetrators. The victim is still undergoing intensive examination to detect head injuries.

Carlie Zhang, a Central Highschool student, a friend of the victims, said the Asian community was shaken to hear the news of the violence, after 18 months of studying at home due to Covid-19. “Many of us are traumatized,” said Zhang, 17.

“We saw our friends, teenagers like us, being beaten and beaten until they were injured,” he said. ”We can not solve this case in a day. We need action so that cases like this don’t happen again,” Zhang continued.

The SEPTA subway company’s move to add security personnel to monitor the Broad Street rail line is still in doubt. John Chin, Executive Director of The Chinatown Development Corp. said the initial step was good. “But there are still many parents and members of the community who are concerned about safety after 20 months of hate, violence, assault and abuse,” said John Chin. (This article has been published December 2021))