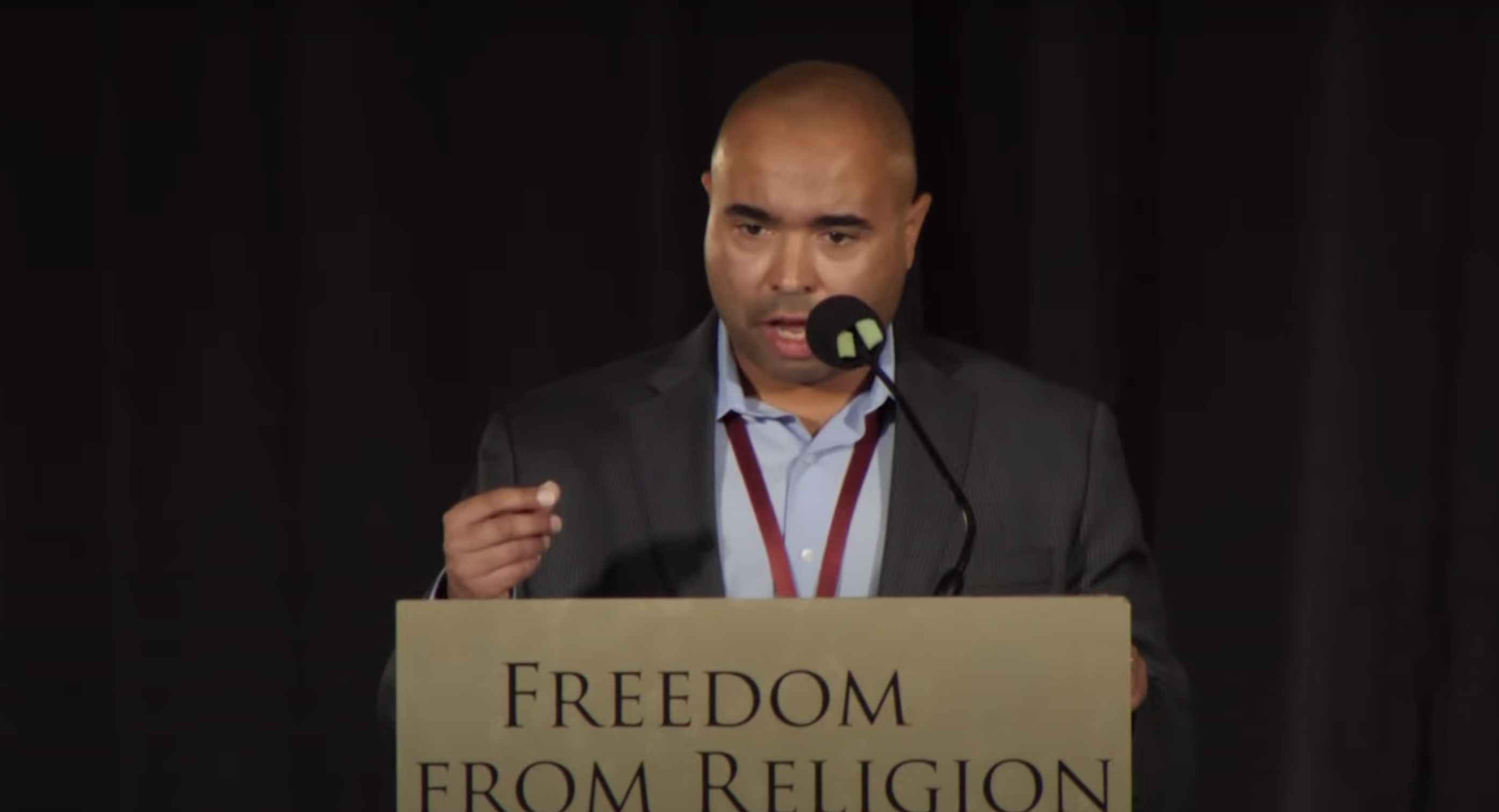 FFRF Conference Held At the End of 2021, Discussing Religion, Life, and the Universe

The Freedom From Religion Foundation (FFRF) held its 44th annual convention in Boston in mid-November. FFRF is the nation’s largest freethought association with over 35,000 members. It was founded as a nonprofit organization in 1978 to promote the constitutional principle of separation of state and church and to educate the public about nontheism.

Leading “freethinkers”—atheists, agnostics and skeptics—spoke about what is happening in this country, especially the rise of religious nationalism. Speakers included luminaries too many to list. Among them were experimental psychologist, linguist and popular science author, Steven Pinker, FFRF’s honorary president; lawyer, Andrew Seidel, FFRF’s Director of Strategic Response and author of The Founding Myth: Why Christian Nationalism is Un-American; academic Christopher Cameron, founder of the African American Intellectual History Society and author of Black Freethinkers: a History of African Amereican Secularism; and well known feminist leaders and writers like Margaret Atwood and Gloria Steinem.

Atwood who is most well-known for her book which has been made into a popular television series, The Handmaid’s Tale, celebrated her 72nd birthday with members of the audience. She was given one of many FFRF awards given that evening. Hers was the “Forward” Award, which honors those who are moving society forward. She received a statuette created by world-renowned Philadelphia-based sculptor, Zenos Frudakis.

Atwood, who is Canadian, lamented that the “theocracy” of the 1700s keeps coming back to the U.S. Like most speakers, she noted how polarized American discourse has become claiming that it was during the time of Reagan that the political right began organizing. That was when she started writing. “The cycle we’re in now started on 9/11,” she said. There is a big split between people who use religion as a power tool and those who use it for comfort, she observed. She recommended that we examine our myths. She noted that people are more interested in cooperating when they have limited power and expressed that it is a big mistake to say corporations are the same as people. She feels that there should be a limit on how much money you can give, and urged the avoidance of oligarchies.

The convention ended with an uplifting presentation by Ann Druyan, a Peabody and Emmy-Award winning writer and director who specializes in the communication of science.  She was interviewed by her daughter, filmmaker and writer, Sasha Sagan. Both encouraged attendees to consider the grandeur of the universe–understandable especially given that they are the widow and daughter of Carl Sagan.

Sagan said about her mother that she suffers from “post-copernican stress disorder”.  They considered questions like, “What form of human agency can save us now? and “What are true circumstances in the universe?” According to Druyan, only asking these “error-correcting” questions can save us now: “You can’t lie your way to Mars.”

Druyan encouraged people to challenge haughtiness. She shared a story about when she was asked by the ACLU to testify about why creation science was an oxymoron. A year later, she received a letter from a creation scientist. After hearing her testimony, he had gone back to school to become a biology teacher. In the letter, he said, “If you hadn’t been so careful and thoughtful …with no attempt to demean me, I would not have listened… Once I began to listen, my life began to unravel…. “

Druyan, who received FFRF’s 2021 Emperor has No Clothes Award, described the importance of the first photo of earth taken from space — often referred to as “pale blue dot”.  It touched a lot of people. Carl Sagan had lobbied NASA to take that picture. They had not seen the value of that….

She talked about the two Voyagers that had only been expected to last 12 years. 45 years later, we are still talking to both Voyagers – “with less computing powers than we have in our pockets right now.” This, said Druyan, is an “occasion for human self esteem. Mythic.”

Published in Achievement, Community and Religion