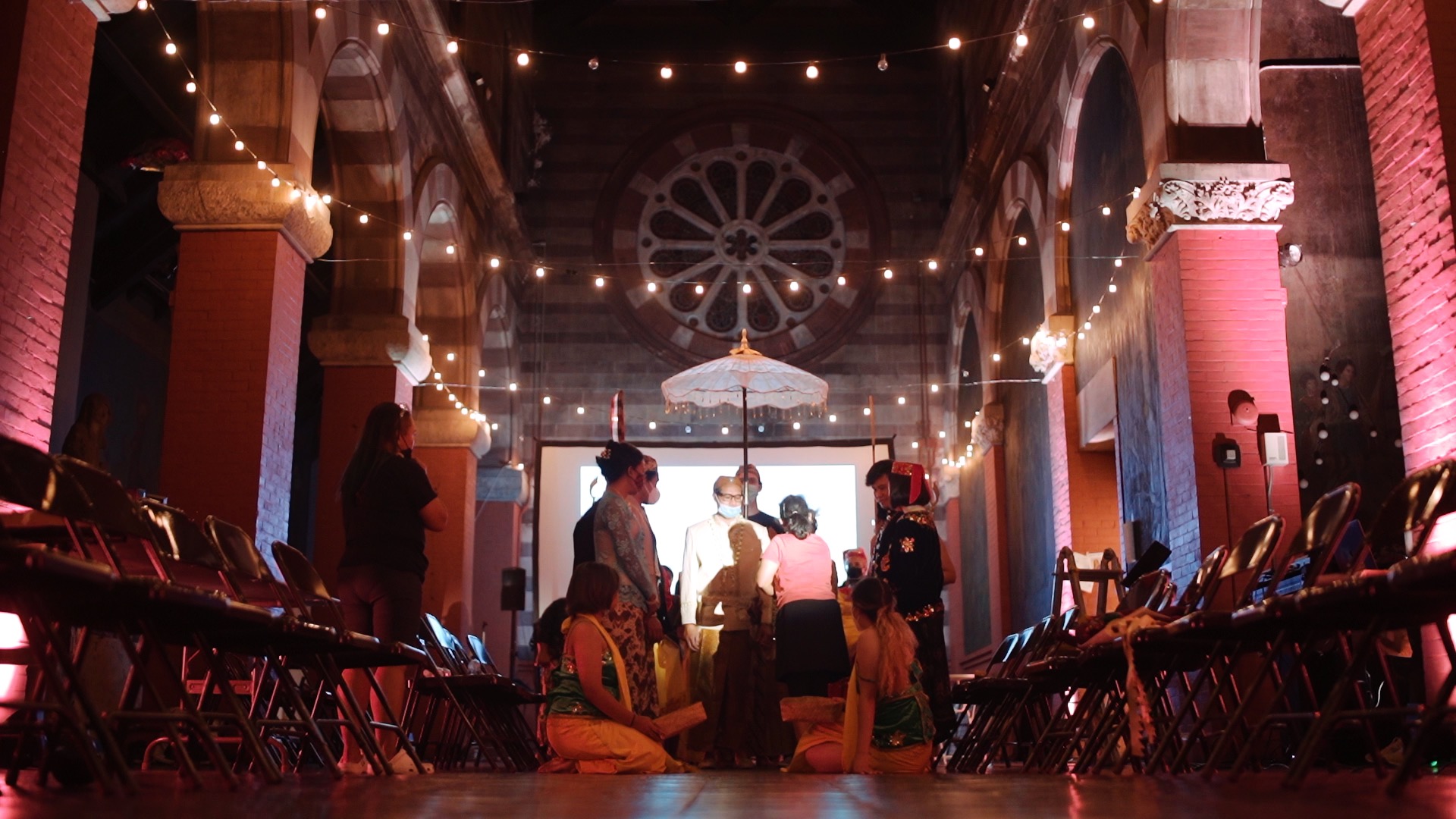 The premiere of “Di Hati Ku” was held at The Fleisher Art Memorial Sanctuary. Directed by Sinta Penyami Storms and Detty Katsubi Aziz, the story follows Kartini and her granddaughter, Hati, as Kartini recollects her upbringing in Indonesia.

Marked with nostalgia, Kartini tells of her youth being immersed in Indonesian traditions such as Sudanese and Pomonean weddings, traditional dances, and traditional Indonesian ceremonies. The story follows Hati’s parents, as they fall in love and get married, where dancers and performers showcased a traditional Pomonean wedding towards the end of the show.

Before the show started Sinta stated, “Togetherness and kebersamaan…this show has been a lot of work, but we enjoy it so much. What you will see tonight is a diverse cast. You won’t only see Indonesians. We have folks from other immigrant communities, we have Cambodian friends, we have Vietnamese friends, we have someone who is Puerto Rican…Our casts come from all over Philly of course, from the Indonesian community, New York City, Jakarta, Bali, and Sulawesi.”

The organizer gave a special thanks to Gerard Silva, Project Director of 360 Culture Lab and Director of Exhibition and Community Outreach at Fleisher Art Memorial, for their collaboration with Modero & Co. and for providing a space to host the event. Gerard was given the nickname “Mas G” for his role in supporting this show.

Some Indonesian snacks and t-shirts were sold. The turnout was quite decent, with approximately fifty people showing up to support the performance. Indonesians came to support, as well as some non-Indonesians. Audience members could be seen enthralled in the live dances, and laughter was prevalent as Hati and Kartini presented humorous banter while unfolding Kartini’s memories.

Many of the costumes used in the performance were owned by Detty’s mother for many years, in addition to the Pomonean costumes, which were handmade by Sinta’s mother, adding a more authentic and personal feeling to the performance.

Dr. Arifi Salman, the Consulate General of Indonesia from New York, also partook in the event, sitting front row of the performance with his team. Within the latter half of the show, he honored several members of the play, giving them a bouquet of flowers and taking pictures with them.

Overall, Di Hati Ku presented a beautiful story of Indonesian love as it unfolds under traditional Indonesian customs. For Indonesian immigrants living in the US, this performance speaks to their hearts, as Di Hati Ku not only indicates a recollection of Kartini’s nostalgic youth in Indonesia, but the youth of every Indonesian immigrant who has moved to the US for a better life. (Text & Photos: Farah Feddaraini)